The legendary Digital Monsters are making a comeback! With a new video game around the corner in the form of Digimon: Survive (PS4, XboxOne, PC and Nintendo Switch), fans of the franchise have been anticipating any news releasing about the much hinted at upcoming film: Digimon The Movie. Bandai Namco has decided to release additional information about the newest movie, dropping in the spring of next year, 2020. Fans of Digimon Adventure may want to make their way to Anime Expo next month to learn more about the newest installment of this long running franchise. Bandai Namco dropped the news that they’ll be attending the Anime Expo convention with Toei Animation to discuss the future of the series and offer more juicy details:

Come to a Digi-Monumental panel presented by @ToeiAnimation and BANDAI NAMCO Entertainment America at @AnimeExpo! Join us as we talk about the Digimon brand, watch new trailers, giveaway prizes, and more, on July 6th from 10:00AM – 11:00AM in room LP5 (404AB). pic.twitter.com/MAjxG77cOC 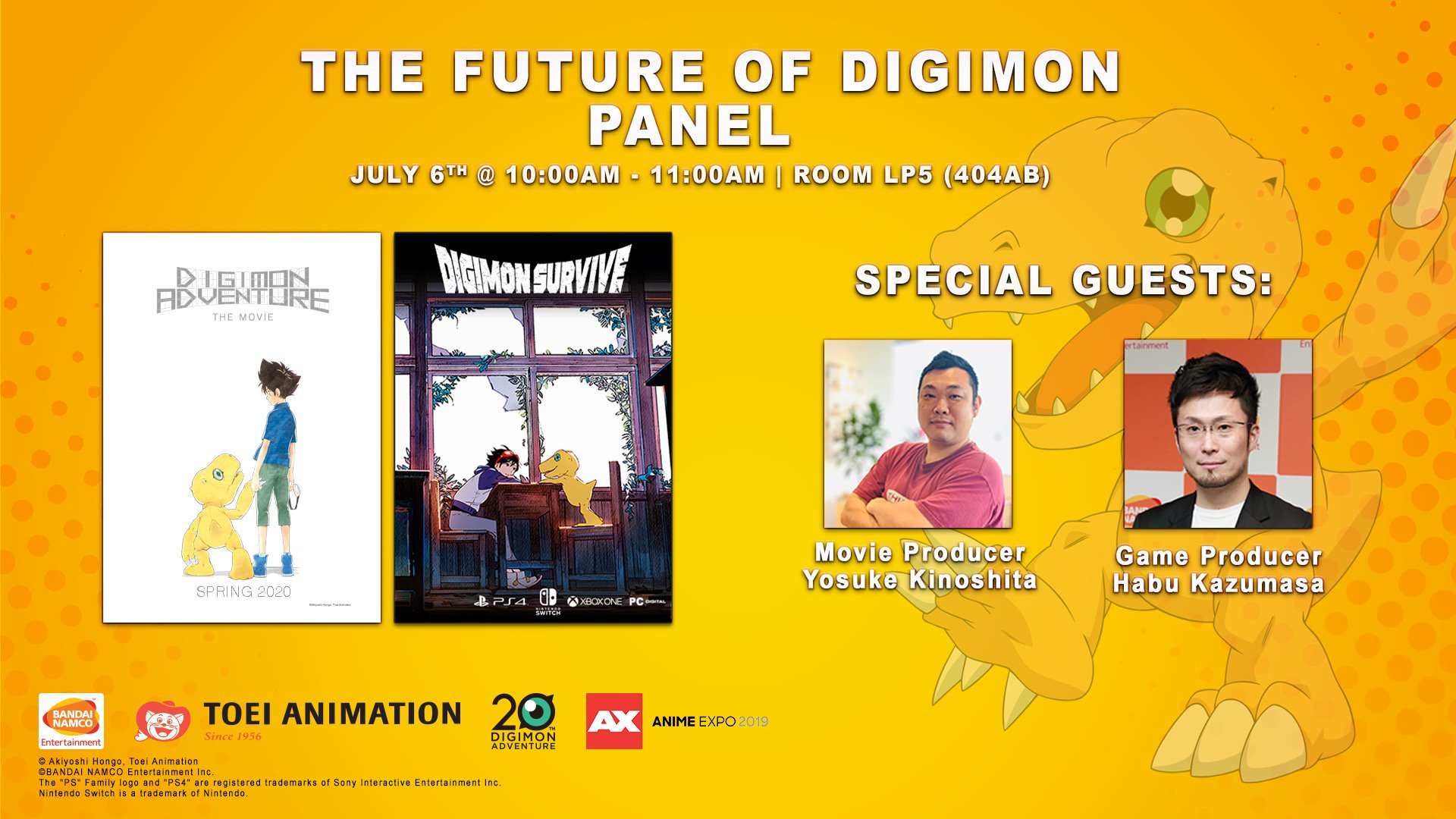 The Digimon Adventure series is one of the most popular franchises, following the adventures of the “Digi-Destined” as they attempted to navigate the digital world. With an anime series to its name as well as several movies, its been awhile since we’ve visited this world of youngsters attempting to save the world with their Digimon partners at their side (latest release: Digimon Adventure Tri, with 6 movies).

The Digimon series was originally conceived by Bandai, Toei Animation, and WiZ in 1997 as a way to capitalize on the virtual pet craze sparked by Tamagotchi.