Skip to content
ATLUS began streaming an English trailer for its Persona 5 Royal (Persona 5 The Royal in Japan) PlayStation 4 RPG on Thursday. The “Change the World” trailer highlights the Phantom Thieves.


The game will launch in the West on March 31. The English/Chinese version launched in Asia outside Japan on February 20. Persona 5 Royal launched for the PS4 in Japan on October 31, 2019. 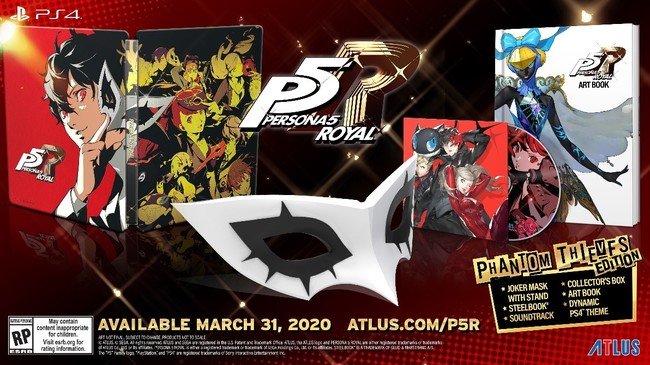 Persona 5 shipped for the PS4 and PS3 in Japan in September 2016. The game shipped in North America in April 2017 after a delay. It features animation sequences from Production I.G.