The third season will then run on television for 24 episodes (numbered as episodes 25-48 in the overall series). 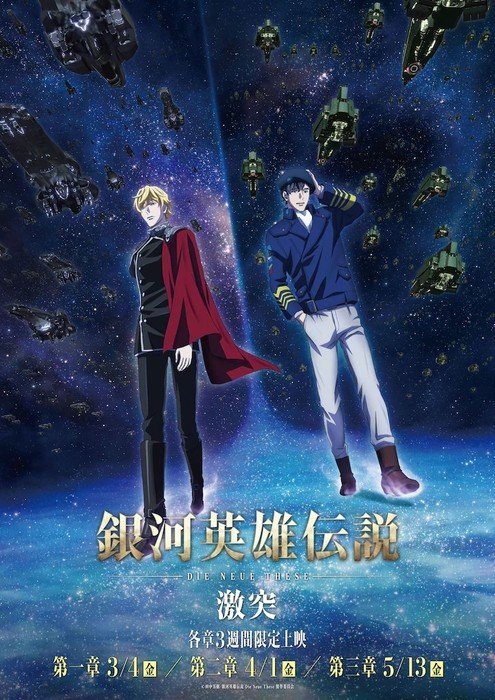 The first season, Ginga Eiyuu Densetsu: Die Neue These – Kaikou (The Legend of the Galactic Heroes: The New Thesis – Encounter), aired as a 12-episode series that premiered in April 2018. Crunchyroll streamed the series as it aired in Japan, and Funimation streamed an English dub.

The three films in the show’s second “season,” Ginga Eiyuu Densetsu: Die Neue These – Seiran (Legend of the Galactic Heroes: Die Neue These Second), opened in Japan on September 27, October 25, and November 29, 2019, respectively. Each film has a length of four television episodes. Crunchyroll began streaming the series in September.